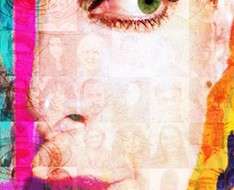 This World Refugee Day, internationally observed on the 20th of June, the United Nations High Commission for the Refugees (UNHCR) has invited Alexia to represent, honor and recognize the Refugee communities in Cyprus, throughout the centuries, in a Cultural Humanitarian Concert Event at the Costanza Moat at the historical sight of the Venetian Walls, in the capital city, Lefkosia.

Alexia brings all her musical influences, to shed light to the multi-cultural aspect of Cyprus, by presenting iconic songs, from all over the World, sung in the native language of the Refugee communities – Armenian, Ladino (Sephardic Jew), French (West African), Arabic (Syrian, Lebanese, East African), Cypriot, Greek (Smyrna), comprising this fascinating mosaic of cultures in Cyprus.

The concert includes video messages from prominent persons from Los Angeles, New York, London and Cyprus, who support and take a step #WithRefugees.

Under the Auspices of the UNHCR Cyprus

Co-Organized by the Ministry of Interior of Cyprus - European Funds Unit, Οργανισμός Νεολαίας Κύπρου / Youth Board of Cyprus, Δήμος Λευκωσίας

June 20 is the day the world commemorates the strength, courage, and perseverance of millions of refugees. Held every year, World Refugee Day is dedicated to raising awareness of the situation of refugees throughout the world. The annual commemoration is marked by a variety of different events, in more than 100 countries, across the World.
In a world where violence forces thousands of families to flee for their lives each day, the time is now to show that the global public stands with refugees.
To do this, UNHCR, the UN Refugee Agency launched the #WithRefugees petition in June 2016 to send a message to governments that they must work together and do their fair share for refugees.
This year, World Refugee Day also marks a key moment for the public to Take a step #WithRefugees; and show support for families forced to flee, due to war, conflict and persecution.